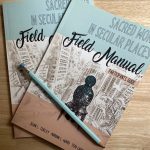 I’ve been camping out in the Book of Ruth. Scholars can say what they want to, but I think Naomi was hurt, broken, and bitter. Her journey unfolded in ways she never imagined. She and her husband and two sons left the Promised Land because of famine. They should have stayed, but they didn’t . . . and she paid the ultimate price.

She was left in a foreign land without her sons or her husband—they died, leaving her with two Moabite daughters-in-law. Naomi is left broken and bereft of all that she once held dear. It looks like the story is not gonna end well for Naomi.

God knows she’s blown it, just as He knows we’ve blown it time and time again. And yet, He calls to Naomi. He stirs her heart and beckons her to come home. So, she returns, like a dog with its tail tucked between its legs, with her daughter-in-law Ruth in tow.

What Naomi doesn’t know is that her greatest days are still ahead. God has a blessing in store for her that is beyond her wildest imaginations. She will know deep joy once again, and she will bounce a baby on her knees once again (through whose lineage the Messiah will come)!

You may feel far from home. You may have blown it, and you know you don’t deserve a seat at the family table. I think God is still saying, “Come on back! I’ve got such a blessing for you, too! Just come on home, dear child. I’m waiting with open arms.”

I sure am loving camping out in the Book of Ruth.